When building and uploading an iOS of Mac app AppStore connect demands you to upload each build of a specific version with a unique build number. If you have previously uploaded version 1.0 with build number 1. Your next upload for a version 1.0 should have a higher build number.

Basically a lot of hassle. Why not automate this

Next add an extra build phase. Make sure you pick the one named New Run Script Phase and replace the shell script content with $SRCROOT/Scripts/set_build_number.sh.

The end result should look like the next screenshot.

What this does for you

This new build step does a few things: 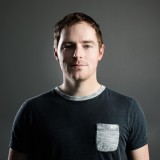 I’m Jeroen a dutch software developer employed by a large insurance company. Mostly I write about Swift code, CocoaHeadsNL and other related topics.